The Semaphore Group was at it again this year with another unique Nuit Blanche installation. Our shots from the night have just arrived from the photographer and we could not be more excited to share them with you. This year’s installation was called ‘Project Henge’ and we were located in Fort York along with many other artists.

Four transparent mesh cubes, filled with white balloons, were suspended from a 12′ x 12′ wooden frame. Some balloons were helium-filled and some plain old air-filled. The helium balloons rose to the top and the regular balloons fell to the bottom; thus creating a mysterious negative space between the two masses. In the dark night the lighting made marvellous shapes against the white balloons. ‘Project Henge’ was a play of light and form – 4 diaphanous cubes in the dark landscape.

On the Nuit Blanche evening the installation took on a whole new meaning. Our original intention was to simply fill the mesh boxes with the balloons – stand back and visually enjoy. But visitors and passers-by wanted to contribute. Soon enough we had lineups of people waiting to add a balloon and make a wish. Later that night visitors became more interactive with the installation – lying on the ground below the cubes or shaking the mesh cubes and watching the balloons fly.

One thing was clear – people wanted to interact with the art. The wheels are already in motion for our next interactive installation!

Until next year, here are some shots…. 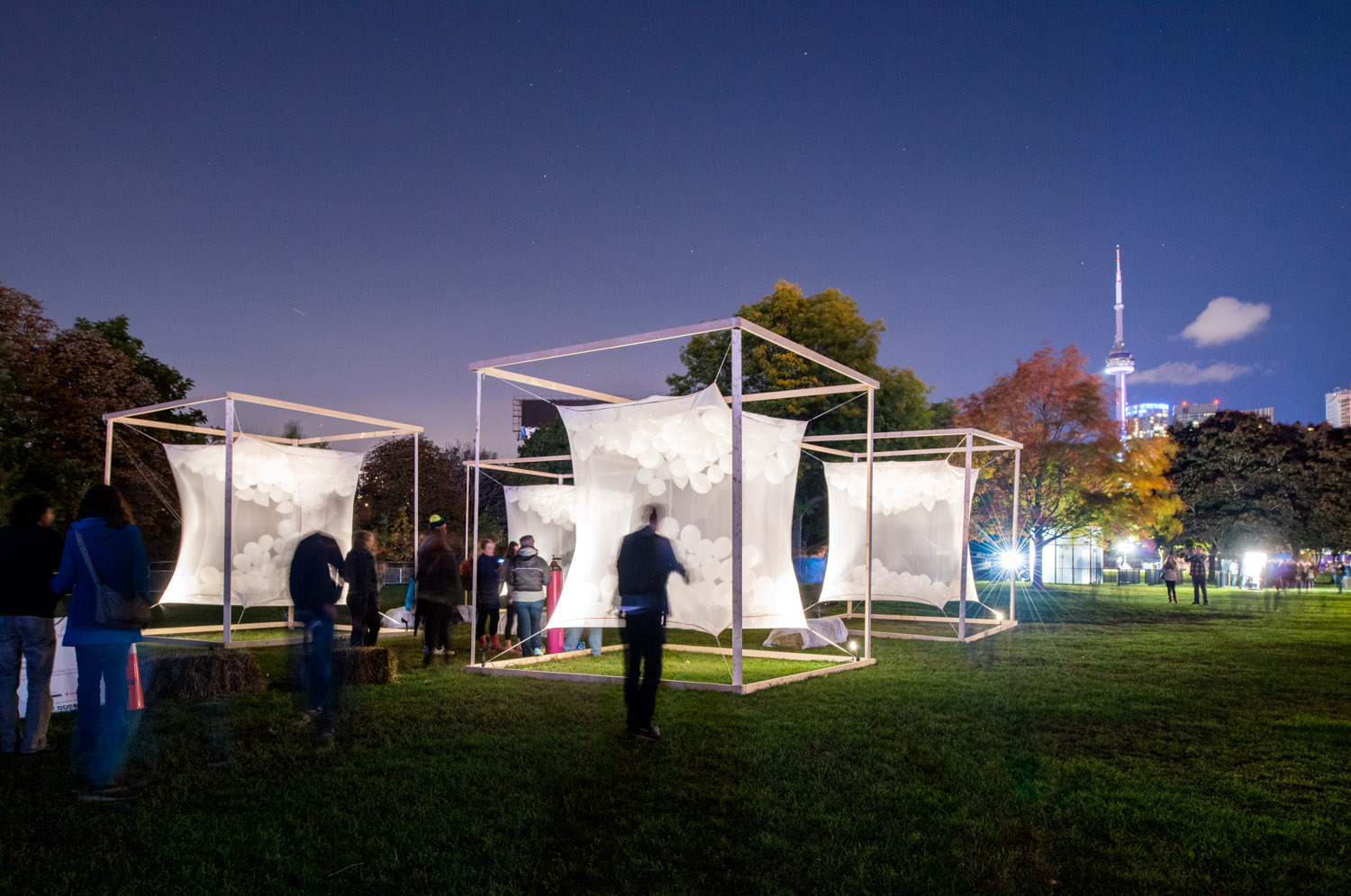 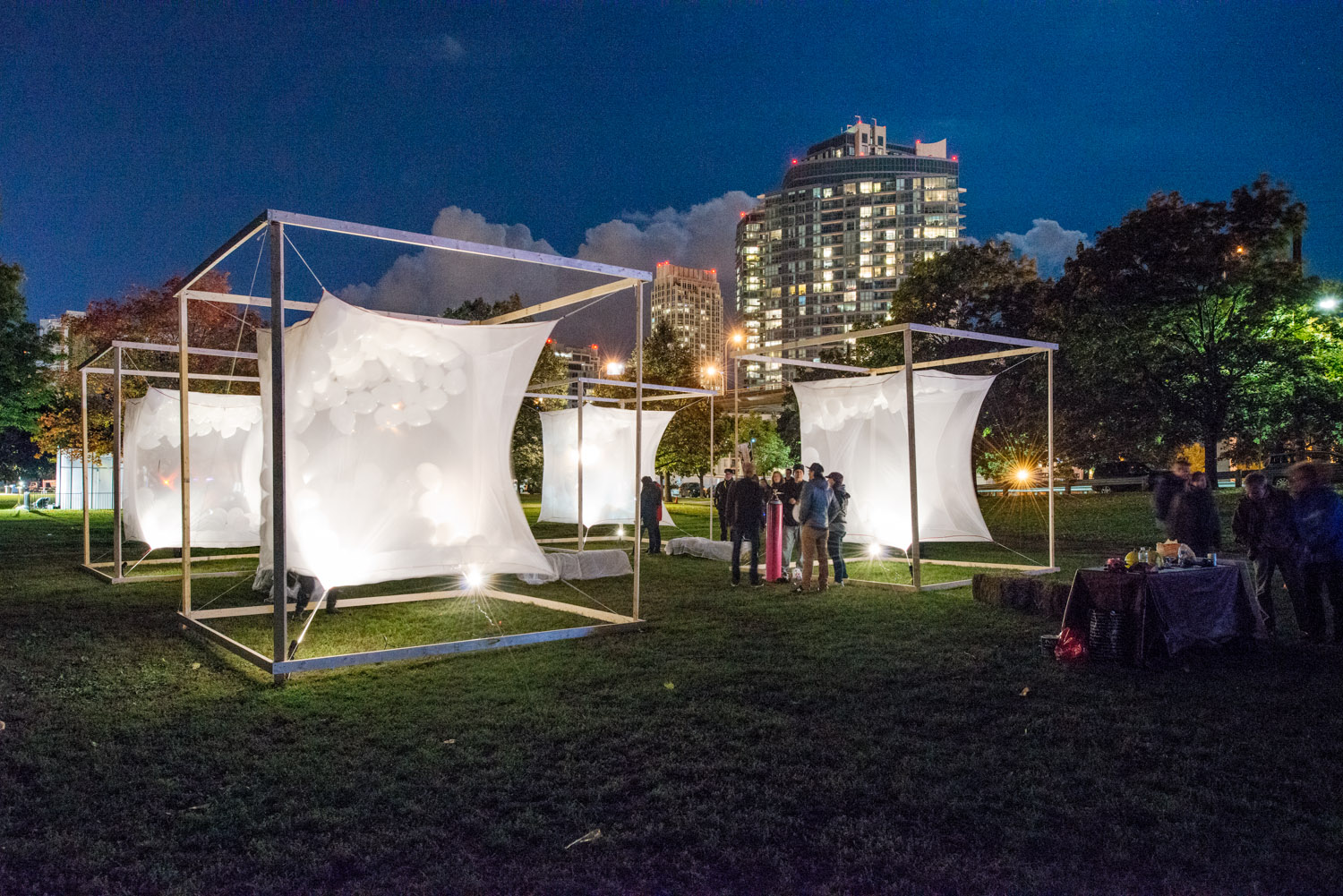 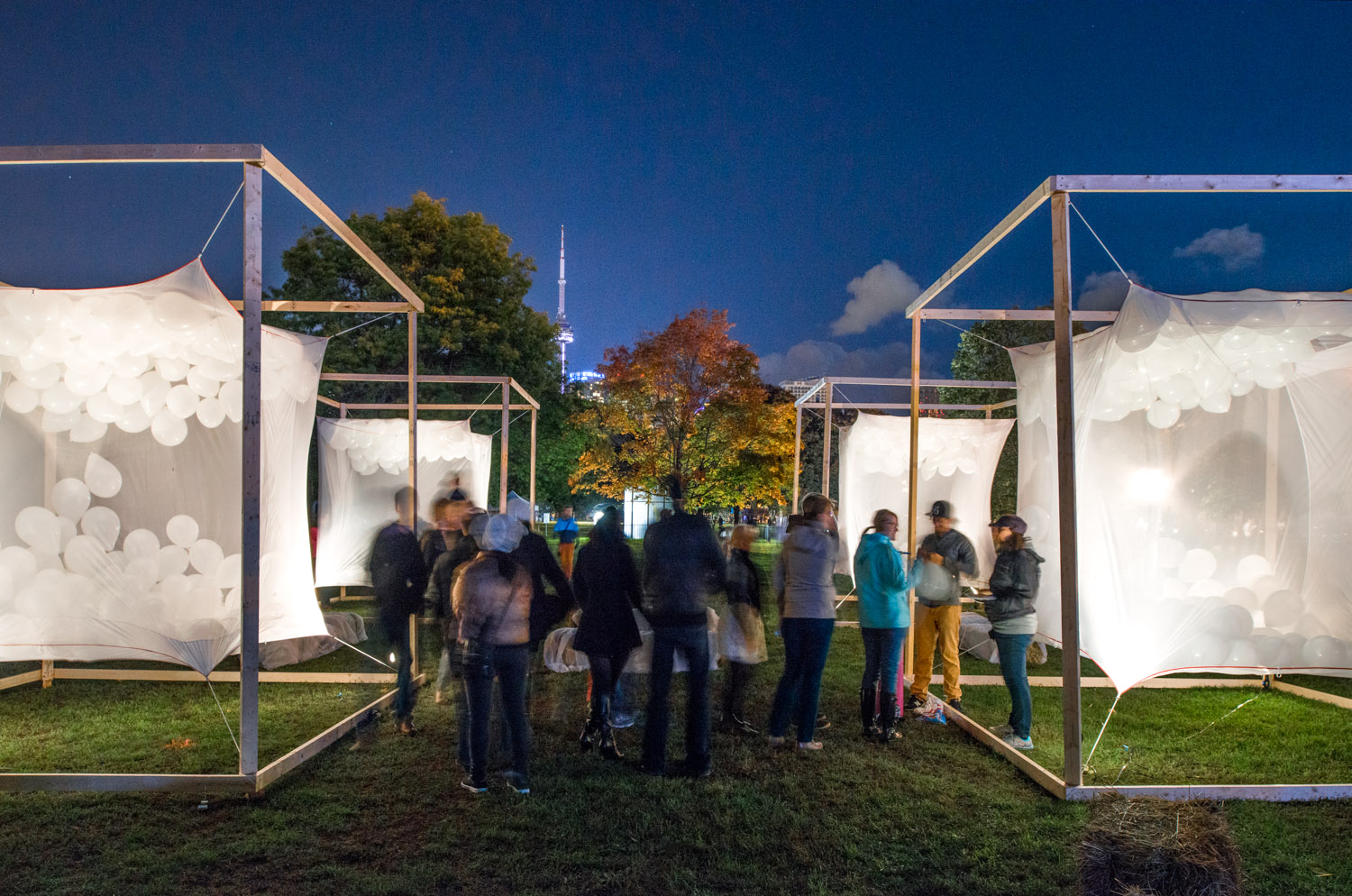 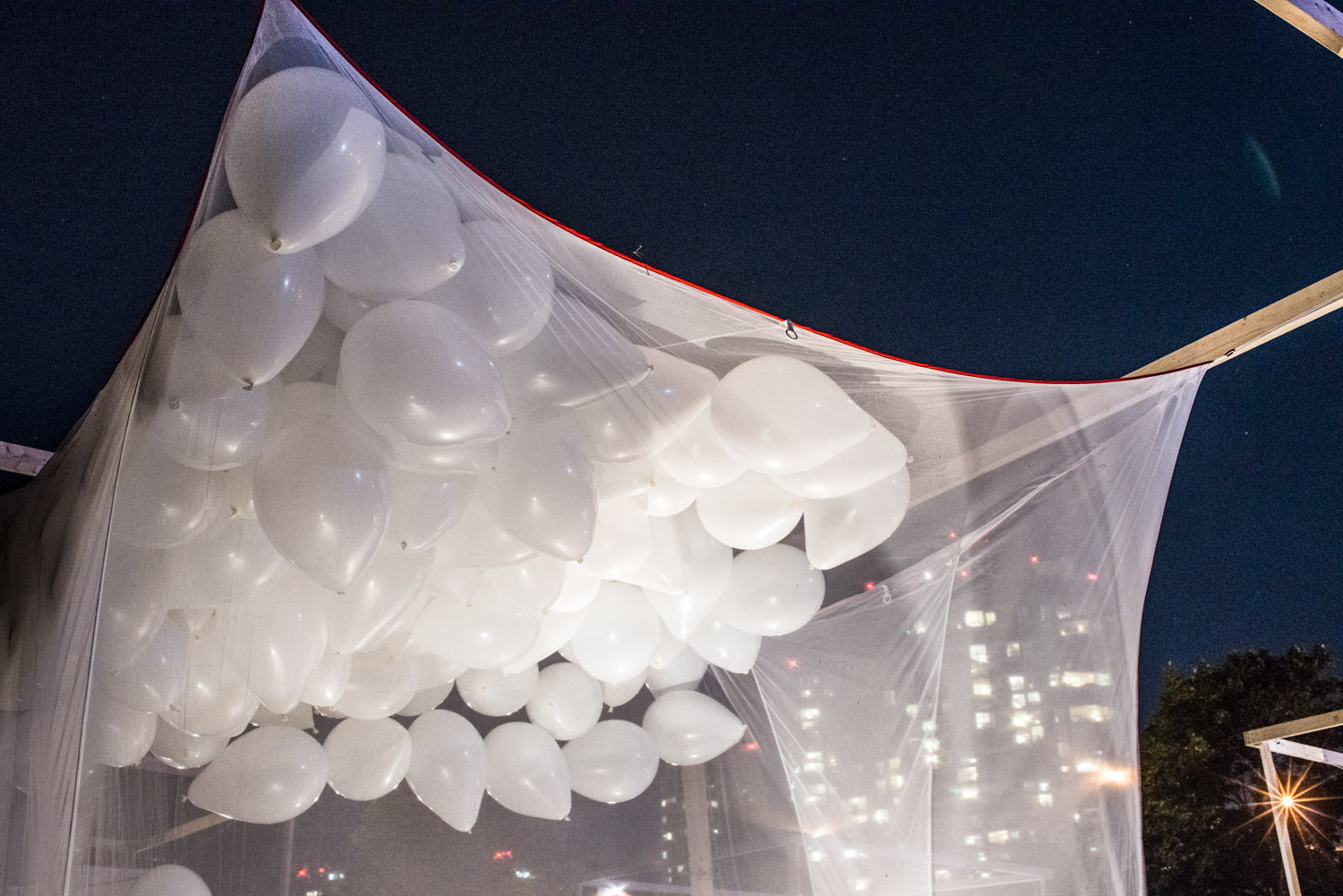 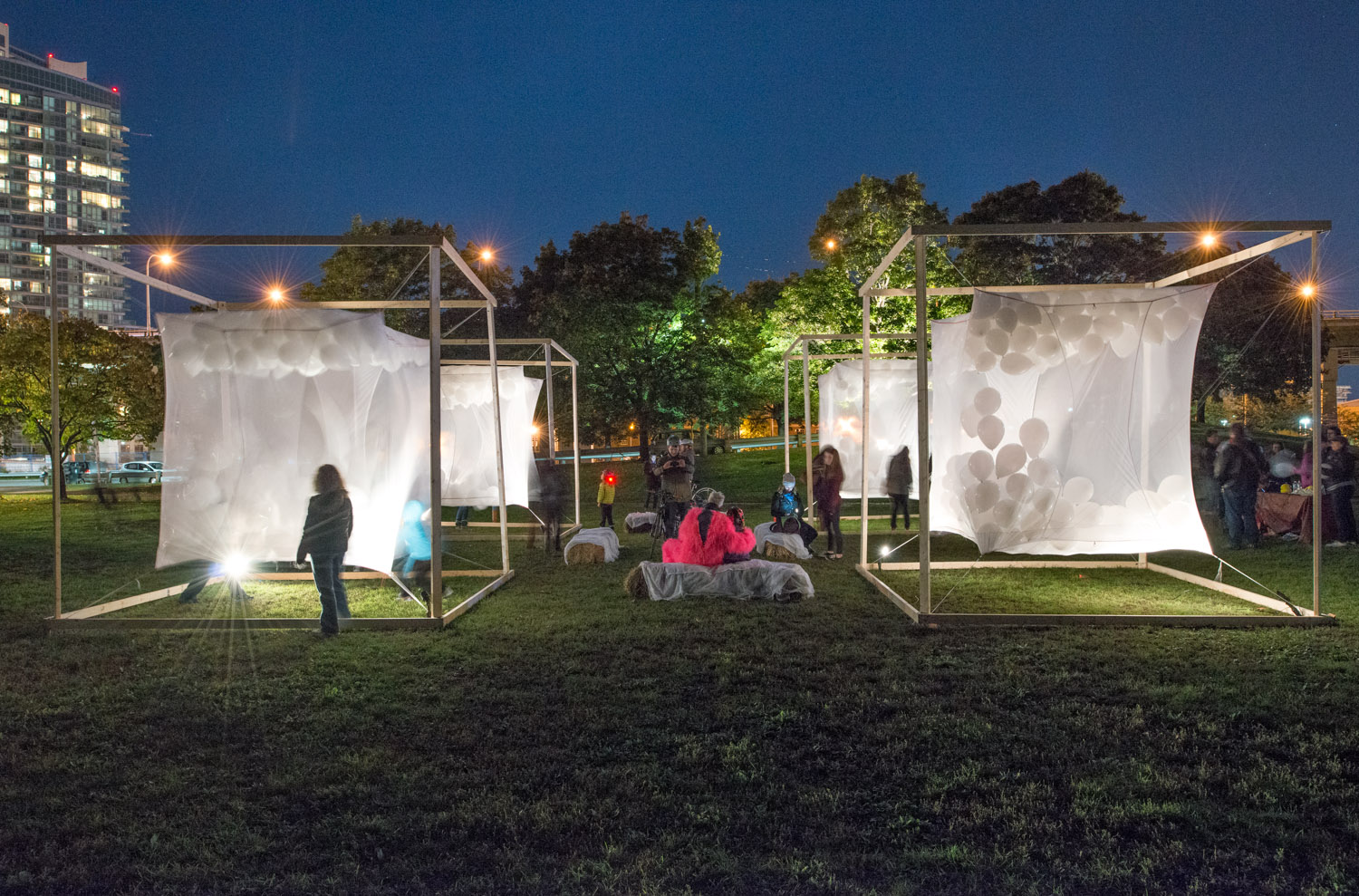 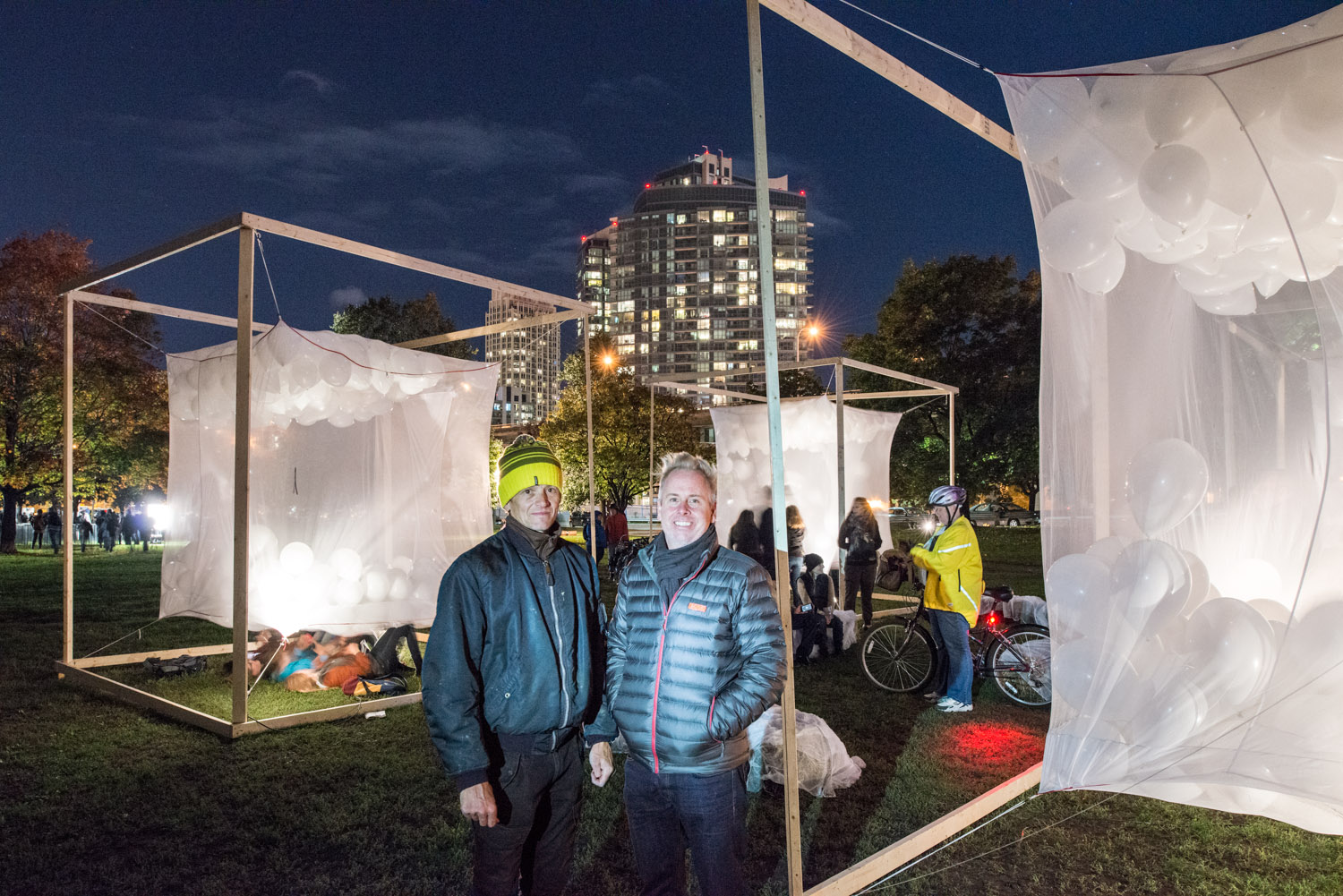 Semaphore Group is a collaboration between Joel Loblaw Inc. and Hudson Architecture.