Rockport Publishers were creating a book that showcased the best outdoor living spaces in North America. TitledInside Out, readers were to be given “refreshing ideas and creative examples” for their own homes. When it came to the cover, the publishers had to find a representative image that was both creative and inspirational. From hundreds of stellar exterior shots, they chose a photograph taken of a private Toronto garden with a modern gazebo as its focal point. The designer? Joel Loblaw, of course. 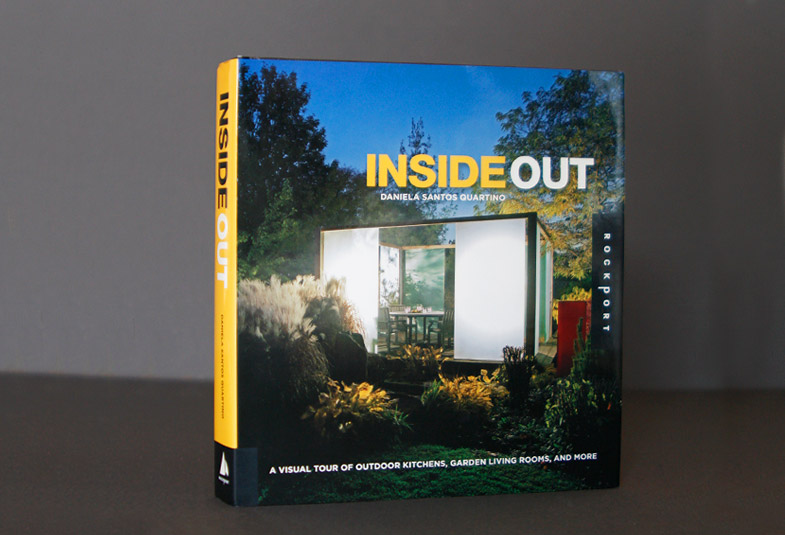